The first development was when French publishers (General Information Press Alliance or APIG, an industry association of daily press companies, national and regional) struck a deal with Google meant to reimburse them for the use of their content by the tech giant.

The second development was when the bras-de-fer between Facebook and the Australian government, widely seen as a Goliath v. David battle – cynically with the Australian government being David – finally led to more deals struck between the Silicon Valley company with major news conglomerates. Among these companies was  Robert Murdoch’s News Corp, which was widely seen as the driving force behind the government’s doing.

Both of these deals were reached upon after a public regulatory framework set the stage.

In France, it was the transposition of a European Copyright Directive (2019/970) to law, which opened the way for newspapers to demand remuneration for their content (re)use.

In Australia, it was the government’s “News Media and Digital Platforms Mandatory Bargaining Code”. The code created a framework for “news business corporations and designated digital platform corporations to negotiate in good faith for financial remuneration for the use of, and reproduction of, news content”.

So what is the problem with governments setting the framework and industry stakeholders figure out the details?

To begin with, this is not a negative phenomenon per se, as players from the news industry are surely better equipped to carve out the nuances required to ensure a level playing field and avoid direct governmental interference. In this instance, governments play the role of a mediator who invites both sides to the table and has them figure it out, which has come to be called “co-regulation” in the relevant academic jargon.

However, it seems odd that Big Tech giants are not news industry players. They are not confined in a traditional industry but rather have expanded their tentacles to anything that exists online – something that academics call “platformisation.”

Even odder still is that these platforms hold the upper hand in terms of power at that negotiating table. Surely, they sit at the table out of courtesy for the invitation. After all, they do not operate in a vacuum – they need public legitimacy and points of trust.

Furthermore, these negotiations quite literally take place between two actors – they do not negotiate collectively but rather individually. Even in France, where the deal was struck between an industry association and Google, it is a framework that sets the principles based on which Google will negotiate with each association member.

This perpetuates power asymmetries, as more prominent publications will secure much better deals.

In Australia, Facebook temporarily banned news sharing through its platform, causing problems in the dissemination of public health messages.

In addition to that, the French case also introduces another risk: the further integration of platforms’ services with “Google News Showcase,” which is widely seen as a way for Google to avoid paying fees.

It should be noted that APIG rejected Google’s demand to bundle together the licensing fees for “Showcase” and its existing services like its search engine or its news section. This is something that the French Competition Authority is investigating as it was seen as a move in bad faith.

All of this points out the vital need to better understand the stakes of the so-called platform governance – the environments in which these platforms are operating and restructuring as institutional players with tremendous power (see the following infographic to get a better grasp).

Regulation is a mechanism of control or governance with the capacity to negotiate power relations. With my research, where I study the political economy of online platforms’ regulation, I seek to provide readers with a holistic understanding of these developments. In a time when the news also became a matter of public health, everyone must know what the stakes are. The following years are shaping up to be truly important and exciting for the future of the internet and journalism. We better be ready to engage with it, especially if we want to re-imagine it. 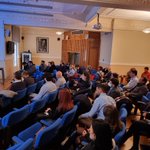